Fanny Pierre is a vegan Belgian-American SAG-AFTRA actress, writer, and producer based in Los Angeles. She is bilingual in French & English and fluent in Spanish.

She was professionally trained as an actress in Paris at the Laboratoire de l’Acteur for three years and with the acting coach Pascal Luneau. In Los Angeles, she trained in different schools: The Groundlings, The Improvatorium, Actors Comedy Studio, Margie Haber Studio (Advanced), Hollywood Academy of Music and Arts, Killian’s Workshop, and is now taking Improv 401 at UCB.

Since her arrival in the USA in August 2016, Fanny has also been working on sets as a Producer, Assistant Director, and Unit Production Manager. She took part in feature films, series, short films, commercials, and music videos.

Fanny is committed to building a film industry respectful of the environment and without animal abuse. Her last production Holding was a vegan and green production.

In 2017, Fanny creates Actrice à Hollywood, the Youtube channel that trains French-speaking Actors and Actresses and changes the future of the French film industry. 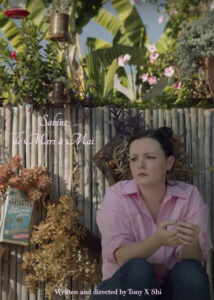 As an actress, Fanny is always prepared, professional, and able to bring nuance and humanity into every role I’ve asked her to perform in. She has a unique grasp of the human condition and also possesses a tremendous degree of empathy to give her character texture and depth. Every take with Fanny guarantees something a little bit different for the edit - but more importantly, she is a joy to be around on set, a morale booster for all! - Tony G. X. Shi 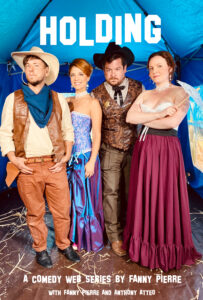 Fanny was a joy to direct! She is a wonderful combination of natural talent and discipline. She is the kind of performer who makes all the hard work look very easy. She has an openness that allows her to absorb new lessons as easily as she deploys her wealth of performing experience. And she combines all of this with an extremely adept feel for the camera. - Alex Enriquez 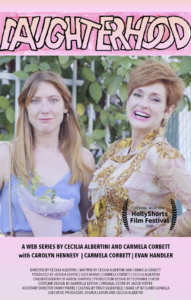 Fanny was extremely detail-oriented and organized, always gracious and cordial with the crew and cast, and she ran a tight ship. We finished shooting early almost every day thanks to her. She was also acting as a UPM, in addition to being the first AD and she did a great job wearing multiple hats during the production. - Cecilia Albertini 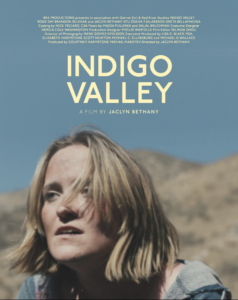 Fanny is an absolute joy to be around. She keeps morale high and keeps a well-organized set moving quickly. She has worked various jobs on the productions I have worked with her, but she is always on top of her game in getting us to the end of our go als. Great team player, a wonderful soul, and one of my favorite people to work with. - Cory Baker 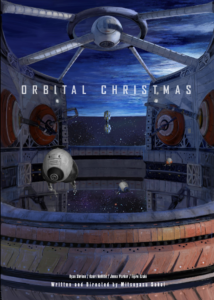 Hiring Fanny as my UPM was probably the best decision I made for the short film I produced. She was everything you want in a collaborator: smart, dependable, damn good at her job, and fun to work with. She also has something else that's very valuable: a network of other dependable people who are good at their jobs. Once you hire Fanny to work with you, a lot of your problems are just solved. I look forward to working with her again on my future projects. - Dennis Castello